hi there! agentkaz here. i've been around the internet for a while! from accidentally terrorizing invader zim message boards as a kid to whatever the hell i'm doing now, i will continue to persist in cyberspace. hooray! check out my very cool website.

SEPTEMBER 29th 2022 still playing around with things here and there, but the most important news is that i made a webring! it's called web ring zone, it's for sonic fans, and you can find it here. beyond that, i've been spending a lot of time playing skies of arcadia legends on my gamecube, which i never got to play back in the day because there were too many games for me to buy!! i got a memory card with "swiss" on it and now i can play isos on gamecube. technology is incredible. speaking of bideo bames, i'll be going to a gaming expo this weekend, so that'll be fun. there will be pinball!!! maybe i'll make a pinball page. maybe not. we'll see!
AUGUST 29th 2022 biggest update is that i made a gallery for my t-shirt collection, because i wear a lot of those things and it seemed like a fun idea. beyond that, still poking at things here and there and everywhere. up down and all around.
AUGUST 8th 2022 NOT REALLY WEBSITE NEWS BUT SONIC MOVIE 3 COMES OUT DECEMBER 20TH 2024 GET READY!!!! i WILL be putting a countdown on the stobotnik page of course
JULY 31st 2022 hey dere ho dere i forgot to do an update that i have a muv-luv shrine in the works but that's ok i like stuff just appearing. ooooh what's new on the website ooooh. i was at tekko last week and had a good time and the english version of muv-luv alternative total eclipse (visual novel) came out during that so i had to wait to play it, oh no. also my graphics card is super cool but i've been mostly playing visual novels anyway, whoops. i can have the graphics cranked waaaaay up on second life though, and do a bunch of other stuff while i'm playing that. i'm still poking at the website now and then, shit's a slow burn, i'm updating when you least expect it. or am i!!!
JUNE 24th 2022 whoops haven't updated a ton but i'm working on stuff here and there! right now i'm poking through some more old files and i'm adding some stuff to the toybox and will probably add some other stuff too. i got a new graphics card but i didn't think to consider the power supply so i had to buy a VERY SPECIFIC one and now i have to wait until it shows up to see what all this "raytracing" business is about. computers hard.
MAY 19th 2022 okay i think i can start updating the stobotnik shrine soon since the movie's been out a while. IN OTHER NEWS i have a flipper zero his name is om4sy4 and i love him very much 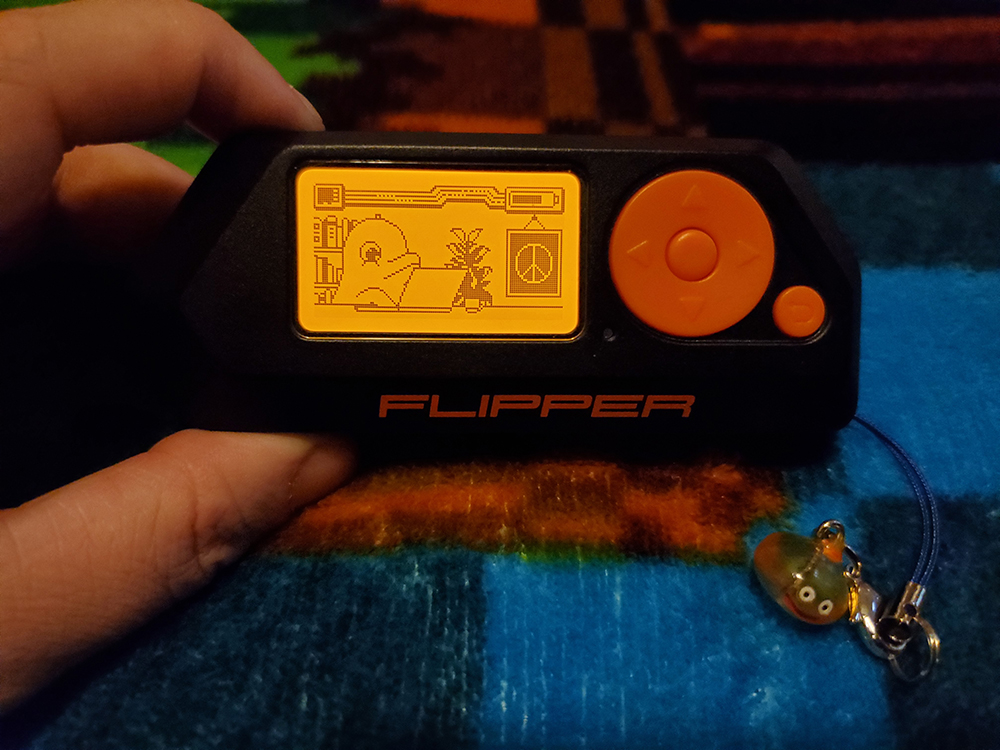 APRIL 10th 2022: haven't been updating the site a ton because my brain has been consumed with sonic 2 especially now that i've seen it and stewed on it a few days. IT'S SO GOOD IT'S SUCH A GOOD MOVIE!!! there's a lot i want to do with the stobotnik shrine but also i don't wanna make my site all spoilers so maybe i'll wait until the bluray comes out or whatever for most of it. anyway i'm still poking around.
MARCH 24th 2022: got approved for a webring and now i really feel like the olden days. also added some old pixel stuff from gaia in the galleries. i've been adding small amounts of stuff here and there so poke around if you haven't recently (i say this as if the whole thing isn't recent)
MARCH 20th 2022: do you remember the dollmaker that had like all of the doll parts, just pages upon pages upon pages of shirts and pants and heads and shoes and accessories, and it had room parts and blinkies and stuff too, and then there was a big gallery you could save your dolls (or doll scene) to and see all the other dolls that people made? what i would give for one of those right now
MARCH 2022: actually started working on this thing.